Location: Norfolk Academy. HERE is a map that shows how to get to the pool

Registration opens for all sites on May 10

SWIMMERS ENROLLING IN MULTIPLE SESSIONS - $200 + $10 reg fee for first session paid at registration; all other sessions billed in full and charged automatically on July 1

SWIMMERS ENROLLING IN MULTIPLE SESSIONS - $200 ($180 for members) + $10 reg fee for first session paid at registration; all other sessions billed in full and charged automatically on July 1

TIDE is very proud of its Swim School staff. Each instructor joins us with a unique ability to connect with children and a core knowledge of our sport. In addition to a background in competitive swimming, all Tide Swim School instructors go through a rigorous certification procedure that includes:

All instructors 18&older have passed a criminal background check and are non-athlete members of USA Swimming.

All instructors have completed at least 8 hours of in-water training before teaching a class of their own.

We teach students the right way to swim from the very beginning while always adapting our methods to an individual's unique needs. We believe that this philosophy, coupled with the finest instructors, is what makes us the best choice for learning how to swim.

Joining the TIDE staff in October 2021 as the Swim School Director, Amanda is excited to join an organization she has already worked with in many different capacities! After completing her Bachelor of Arts Degree at the University of Missouri in 2007, Amanda moved to the Virginia Beach area to join the YMCA of South Hampton Roads where she served in a variety of roles and positions for 13 years, most recently the Executive Director of the YMCA JT's Camp Grom. Experience in marketing, program development, aquatic knowledge and a love of working with people are all things she is excited to continue with the TIDE organization. Amanda's love of the water started in her early years when she joined the Liberty Hills Gators swim team at the age of six, accepting her first coaching position at the age of sixteen. From teaching swim lessons, working swim meets, to providing safety around water or leading a team, Amanda is grateful her skills have allowed her to share this passion with others throughout her life. Amanda is looking forward to joining an organization that practices achievement through hard work, consistency and diligence, as well as shows a strong commitment to its athletes, their families, and their staff team. 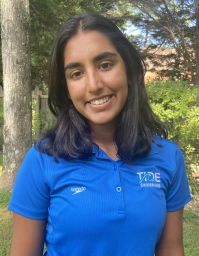 Coach Lyla joined the Swim School staff in September 2019. She began swimming when she was four years old and swam for the Virginia Beach Rec league until she reached middle school and joined TIDE. Lyla continued  swimming with TIDE in high school, which helped her to be accepted as a member of her high school varsity swim team. Coach Lyla has continued her love for the sport in college. She is currently a sophomore at Old Dominion University and swims with the ODU club team. She also still swims for TIDE in the masters program. Lyla's event of choice is sprints and the 100 meter breaststroke. In her free time she rows with the ODU club rowing team and loves to volunteer at Operation Smile. Lyla's swimming experience is what inspires her to offer children the same opportunities that she had in the sport. 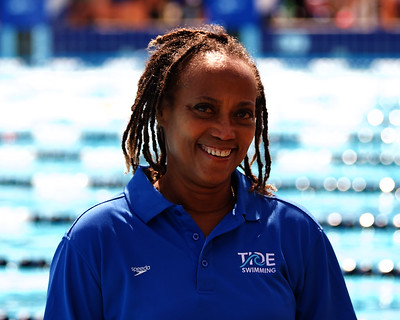 Coach Dianne joined Tide Swim School as an instructor in May 2020. Dianne's father introduced her to swimming when she was very young at the family summer home in Sag Harbor, Long Island, New York. Dianne continued swimming through high school, where she was chosen team captain for Midwood High School in Brooklyn, New York. Dianne swam for and graduated from Dartmouth College. Her interest in teaching young children was piqued while living in Italy. Dianne continues to train and compete in swim meets as an adult. She is a member of Tide Masters, a USA Swimming certified official, a level 1 and 2 coach for US Masters Swimming, and a USA Swimming certified coach.

Coach Bryn began her competitive swimming career at four years old. Since then, she has competed on several USA Swimming teams and was a senior swimmer on TIDE from 2015 to 2018. She has qualified and competed in the Virginia Senior Championship Meet multiple times. Bryn graduated from Hickory High School in 2018, exceeding a 4.0 GPA throughout all four years of school and ranking within the top 5% of her class. In high school, she was inducted into the National Honor Society, National English Honor Society, and was a member of the Friends of Rachel Anti-Bullying Initiative. Bryn is a junior studying in the International Honors Joint Degree Programme at the College of William and Mary and the University of St Andrews in Fife, Scotland. She is majoring in Classical Studies, with a concentration in Ancient History and Archaeology. Bryn made the William and Mary Dean's List during her first year. She is back from University of St Andrews for the summer and will be returning to Scotland for the 2020-2021 academic year. Coach Bryn became a member of the Swim School staff in August 2017. She loves working with TIDE's young swimmers and sharing her passion for the sport!

Coach Jennie began swimming competitively at age 6. During the course of her competitive journey, she obtained and still holds several records on USA Swimming teams. Jennie qualified for the Eastern Zone Competition many times and represented Virginia Swimming twice on the Virginia Zone Team. During her swimming career, Jennie placed 3rd and 4th in breaststroke and individual medley in Virginia, and as a fifteen-year-old placed 3rd, 9th, and 10th in breaststroke and individual medley at NASA Junior Nationals.
Academic achievement is also very important to Jennie. She holds the rare distinction of having achieved straight A's throughout all of Middle School, High School, and thus far in College, and was one of the first graduates of the Virtual Virginia full-time pilot program in High School. She is currently a student in the International Honors Joint Degree Programme between The College of William and Mary and the University of St. Andrews in Scotland, majoring in Classical Studies with a concentration in Latin and Greek. Jennie joined Tide Swim School as an instructor in March 2017 after swimming for two years in Tide's senior groups and loves her job! She can't wait to teach more Swim School students how to swim! 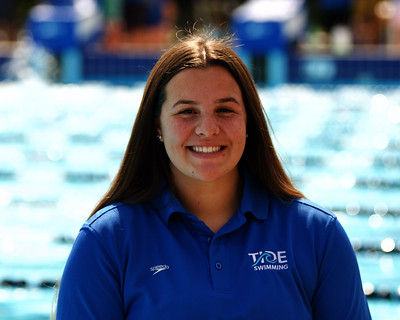 Coach Chloe joined the Swim School staff in August 2021. She began swimming when she was 6 years old in Chesapeake, Virginia. In high school, Chloe was in National Honor Society, Willet club, and was a member of the varsity swim team all four years. She represented her high school at states during her junior and senior years. After graduating with a GPA exceeding 4.0, she went on to Virginia Wesleyan University where she has continued her swimming career. She holds seven records at college. Along with swimming in college, Chloe represents the swim team in the Student-Athlete Advisory Committee. This committee focuses on enhancing student-athlete experiences. When not in the pool, Chloe maintains a high GPA in the D. Henry Watts School of Professional Studies while studying accounting and finance. Coach Chloe can't wait to teach students how to swim and share her love for swimming! 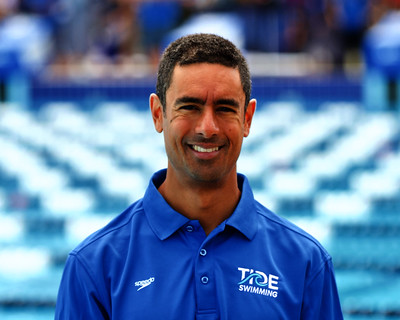 Coach Jason joined TIDE swimming in January 2017. Beautiful Virginia Beach has been his home for the last eighteen years after graduating from Oral Roberts University in Tulsa, Oklahoma. In addition to coaching ICS and Tide Masters, Jason is also an active US Masters competitive swimmer for TIDE, where he primarily specializes in middle and long distance freestyle events, as well as long distance open-water races. When not swimming, he loves to surf  and spend time out on the water.

Coach Reilly joined TIDE in the spring of 2020. Reilly has lived in Hampton Roads her whole life and swam on a local club team for eight years until she graduated from Bishop Sullivan Catholic High. In addition to swimming she has been doing triathlons since 2014 and is currently a junior on the Queens University of Charlotte Triathlon team. Queens is her third college as she started her freshman year at Saint Mary's College of California on a rowing scholarship. She then transferred to the University of South Carolina and competed on their club triathlon team for the fall 2019 semester before transferring to Queens. Reilly's triathlon achievements include: qualifying for ITU worlds to represent team USA in 2019 and 2020; earning second place at USAT Nationals in the 16-19 age group in 2019. Reilly's rowing achievements include: earning first place in the 2k and 20 min lightweight division at the World Indoor Rowing Championships in 2017; earning first place in the 20 min lightweight division at the World Indoor Rowing Championships in 2018. Reilly also set the record for the 20 min lightweight erg that same year.

GIVE YOUR CHILDREN A HEAD START IN LIFE

Teach them to swim! 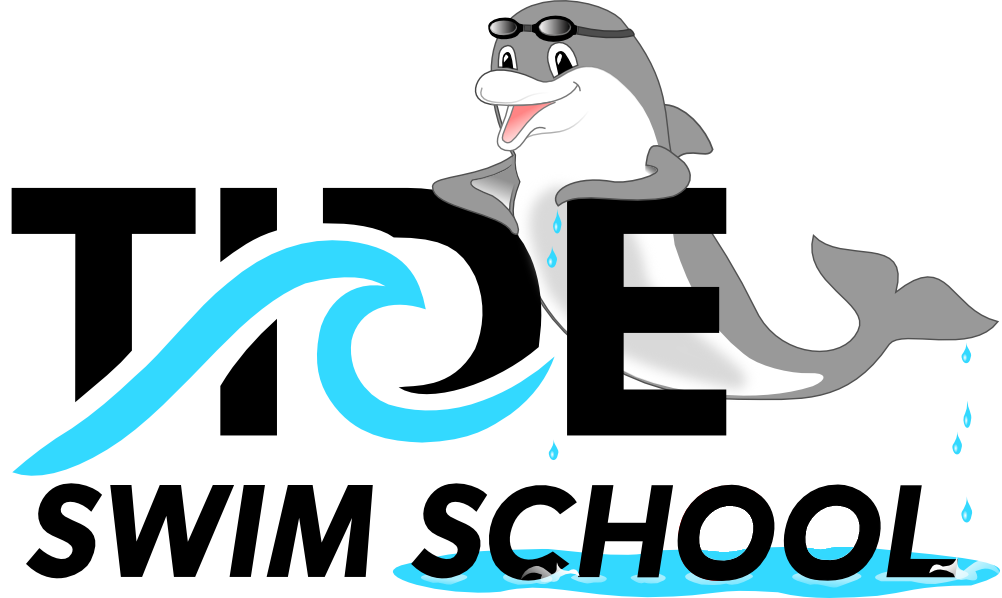 Acknowledge that everyone develops at their own pace
Never give up

Honor your commitments
Be accountable for your actions
Communicate openly 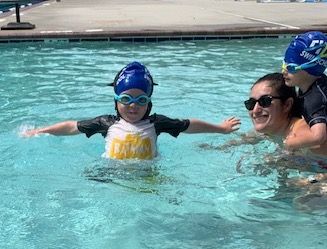 Which level do I choose?

Choose Level 2 (Introduction to Strokes) if your swimmer

Choose Introduction to Competitive Swimming 1 (ICS 1) if your swimmer

Choose Introduction to Competitive Swimming 2 (ICS 2) if your swimmer 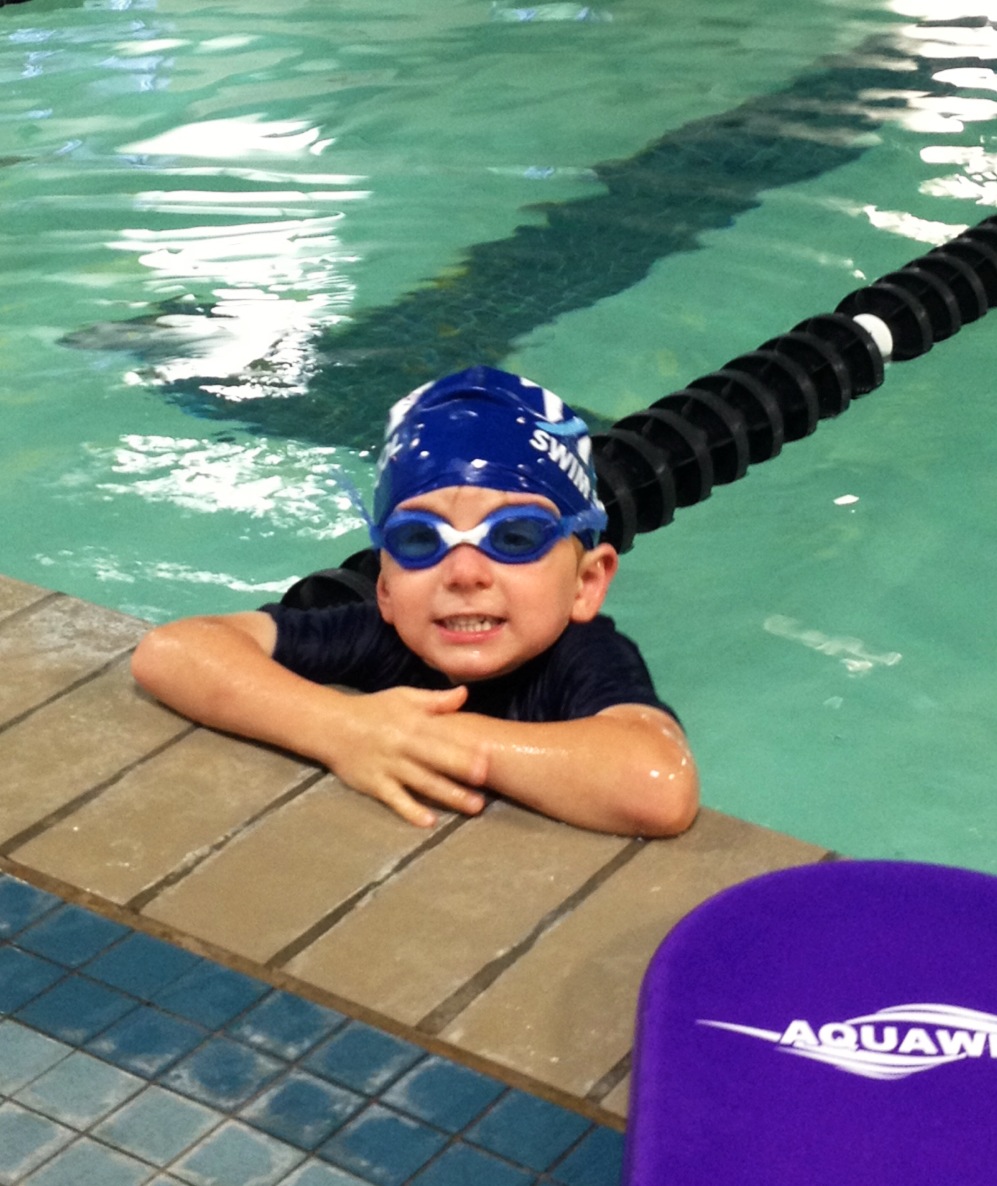 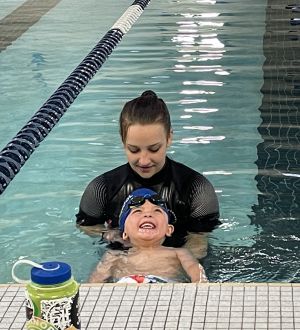 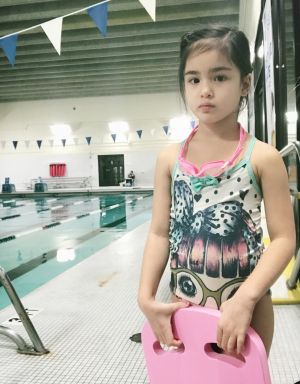 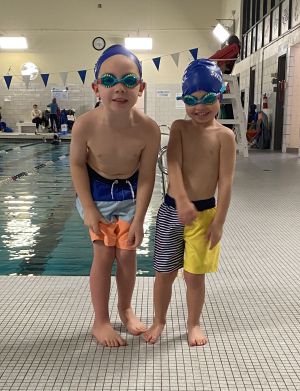 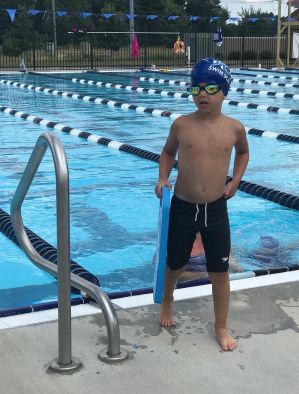 Our Swim School is growing!! We need additional instructors. If you are interested, please email