TIDE in the Media

TIDE's expansion into the Western Branch area of Chesapeake with programming at the Taylor Bend Family YMCA was featured in local news section of the Virginian-Pilot. Read the story HERE.    (Nov 16)

Sam Tadder was one of 96 athletes selected nationwide to attend USA Swimming's National Select Camp at the Olympic Training Center in Colorado Springs. Coach Alex Henderson will be attending the coaches camp at the same time.   (Oct 2)

Safe4Athletes founder Katherine Starr spent several days with the team to start off our new season. She spoke to athletes, coaches, and parents about providing a safe and positive environment for swimmers that is free of abuse, bullying, and harassment. Check out WTKR NewsChannel3's coverage here.  (Sept 21)

WVEC 13NewsNow visited Masters practice to chat with our swimmers about why they choose to train as an adult. Swimming is a sport for life! See the story HERE.   (July 28)

Former TIDE swimmer, Meredith Sieller, was featured in local media. She is the first woman in the Rescue Swimmer School through the Annex X program.   (Feb 1)

Read the story in The Virginian-Pilot

Swimming in the snow?

WTKR Newschannel 3 had to come see for themselves so they visited practice at the Princess Anne YMCA. You can watch their video coverage HERE.

WVEC 13NewsNow also came by to see for themselves. Check out the coverage here.   (January 17)

Swimming World Magazine featured Head Coach Jack Roach in their "Lessons with the Legends" series. You can read the article in "TIDE News" HERE.     (January 5)

Dan Bannon was interviewed by Brian Smith of WVEC 13 News. HERE is the link to the story and video.     (Dec 24)

Brian Smith's (WVEC 13 News) coverage of our seniors who have committed to swimming in college continued with a story on National group swimmer and 2016 Olympic Trials qualifier, Callie Dickinson. You can view the interview and read the story HERE.   (Dec 12)

The University of Georgia's Bulldogs athletics site mentioned Callie Dickinson in a story about recent varsity swimming signees. You can read it HERE.     (Nov 13) 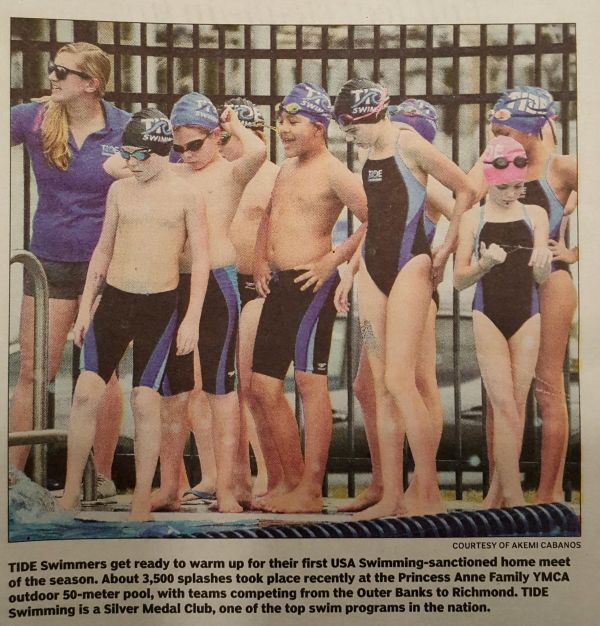 SwimSwam featured National group swimmer Callie Dickinson and her signing with The University of Georgia. Read the story HERE.   (Oct 12) 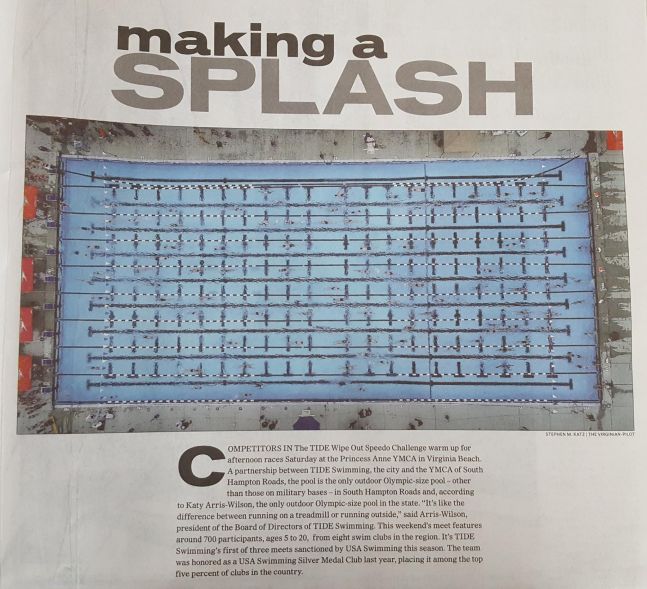 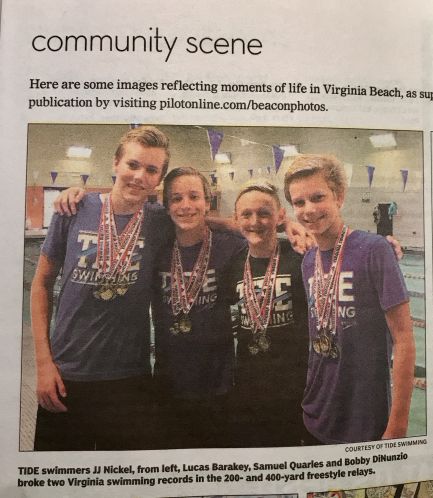 Coach Dana, Head Open Water and Masters Coach, had an article published in the March edition of Endurance magazine. 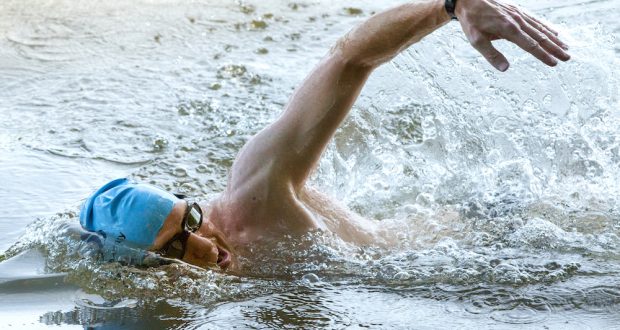 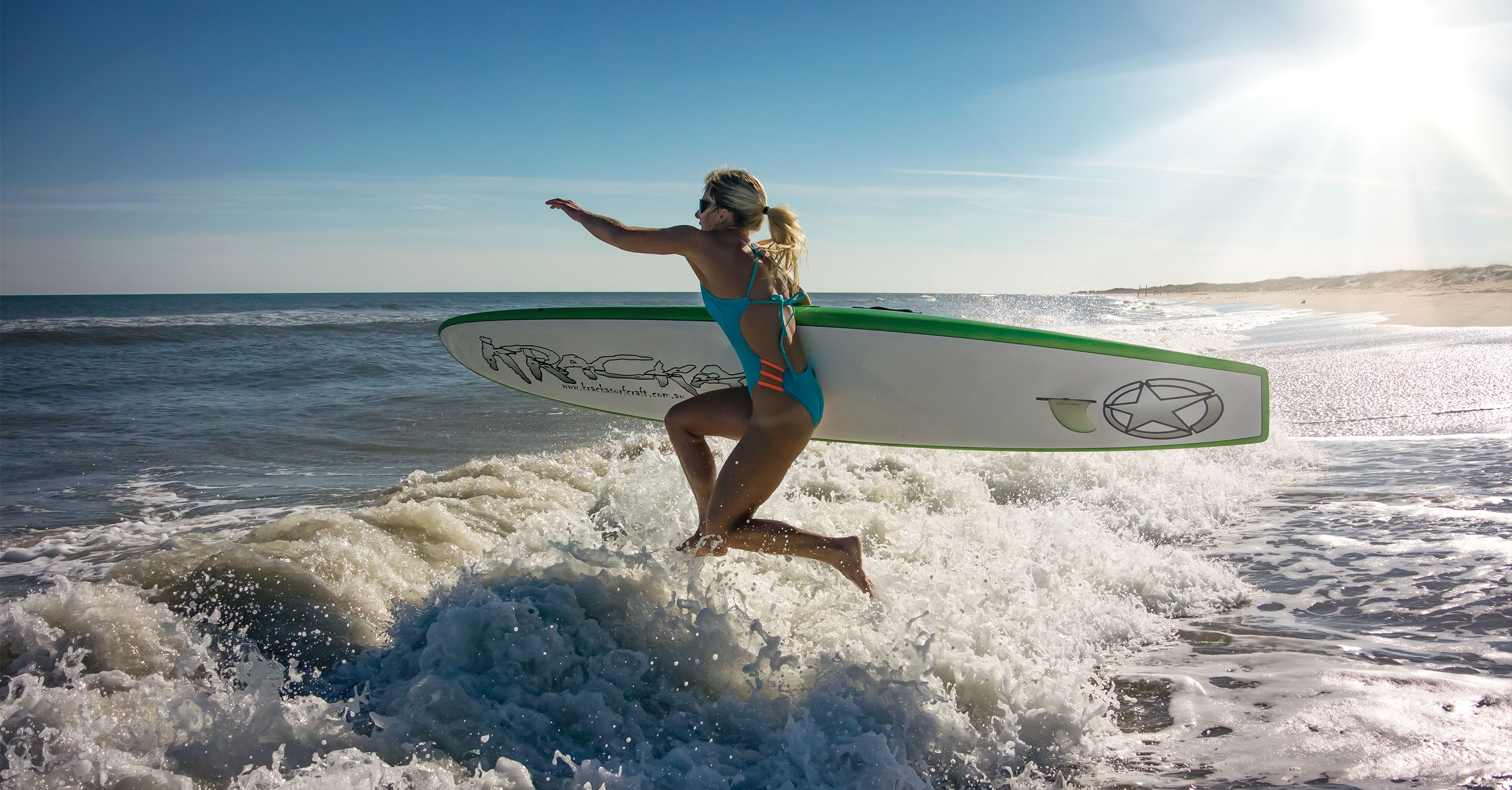 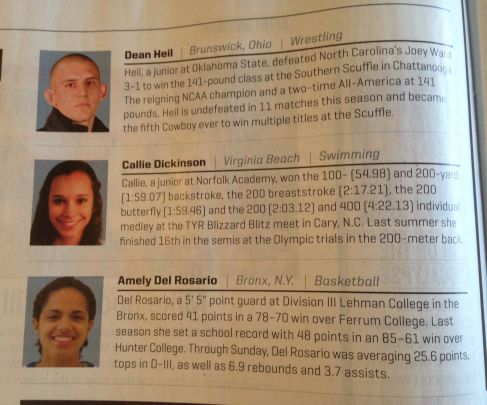 A photograph of our Regional 1 athletes was published in The Beacon for the car wash they held to raise funds for victims of Hurricane Matthew.   (November 17) 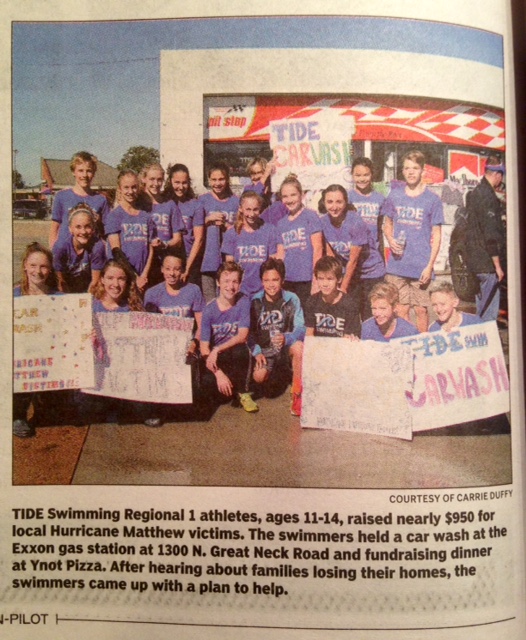 The Virginian-Pilot ran a feature about Jack Roach in the Virginia Beach Beacon, the Norfolk Compass, and the Pilot itself. Here is the online version.     (November 11)

Our new Chesapeake programs were featured in the Clipper, a Virginian-Pilot news magazine for Chesapeake residents.   (October 7)

The TIDE is making a splash in Chesapeake

WAVY-TV10 report on Miles receiving his award from Mayor Sessoms

The Beacon ran a feature story about Katy Arris-Wilson, President of the TIDE Board of Directors.     (August 25) 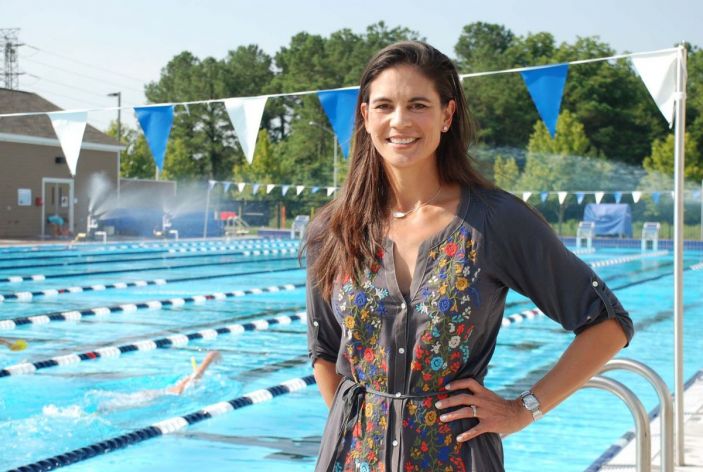 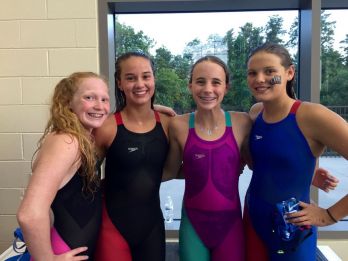 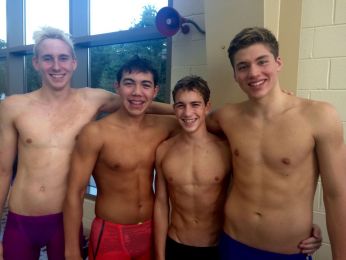 Callie Dickinson earned several medals at USA Swimming's LC Junior Nationals in Minneapolis, Minnesota. Her top finish was silver in the 200m backstroke, setting a new Virginia Swimming record in both the  15/16 and Open categories.    (August 9)

The Breakout! Clinic we hosted was a huge success and was featured in the Beacon's Community Scene.   (July 20)

A shot of Kayla Wilson climbing the rock swim wall at US Olympic Team Trials was featured in The Virginia Beach Beacon.  (July 14)

Daniel Arris was one of just two swimmers chosen to represent "Swimming" in the Virginian-Pilot's the All-Tidewater Sports Showcase.  (July 3)

Virginia Beach swimmer makes it all the way to the Olympic trials semi-finals   WAVY.com  (July 1)

Southside Daily ran a story about our first meet in the 50m pool.   (June 16)

Four TIDE swimmers were named Virginia Swimming Swimmers of the Year. The Virginian-Pilot's Beacon ran a story about the award winners from Hampton Roads.   (May 16)

SwimSwam published a story about the official ribbon cutting ceremony for our new 50m pool. Read it here.   (April 21)

TIDE Swim Team was featured in the "Community Scene" section of the Virginia Beach Beacon, listing our accomplishments at Virginia Swimming's Senior and Age Group Championships. See the photo and caption here.    (March 24)

Barrett Heritage is featured in a story in The Flagship newspaper.  (March 23) 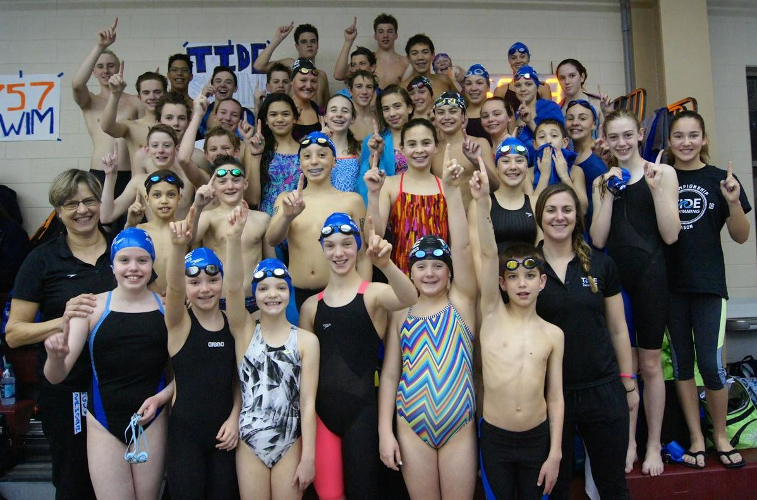 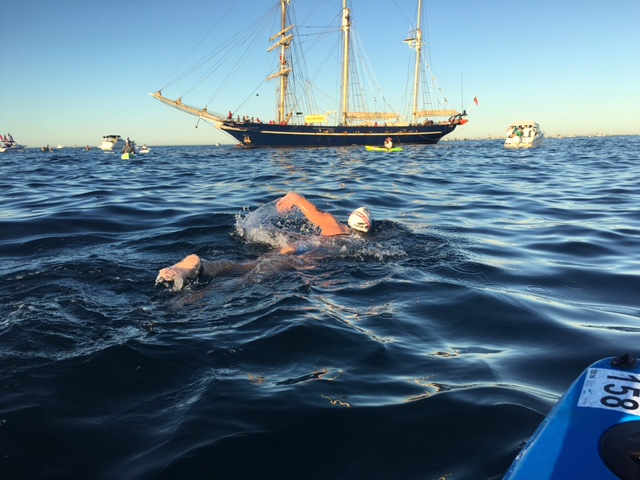 TIDE high school swimmers are featured in the coverage of both the 6A South Region High School Championships and the Tidewater Conference Championships. Read the Virginian-Pilot story here and read the Southside Daily story here.    (February 19) 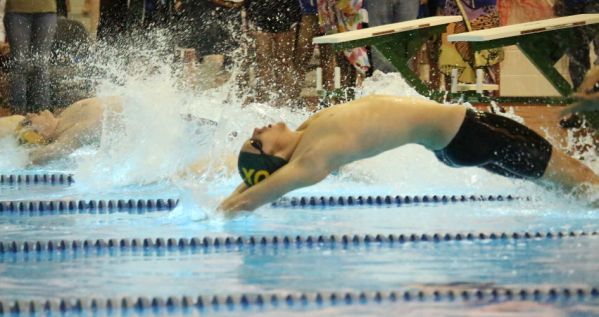 Inside Business featured TIDE Swimming, the YMCA and the City of Virginia Beach in their story about our new 50m pool and our goal of covering it to host future swimming events.  (February 12)

See the story in the February 15-21 electronic edition of The Virginian-Pilot's Inside Business publication. 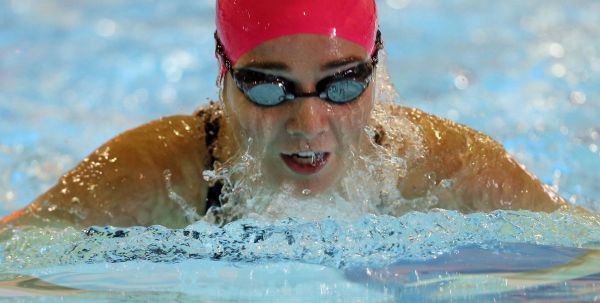 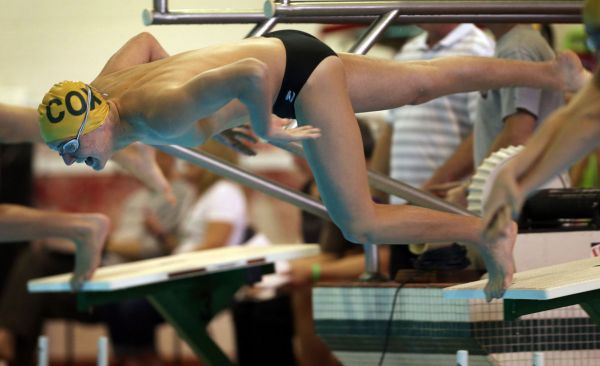 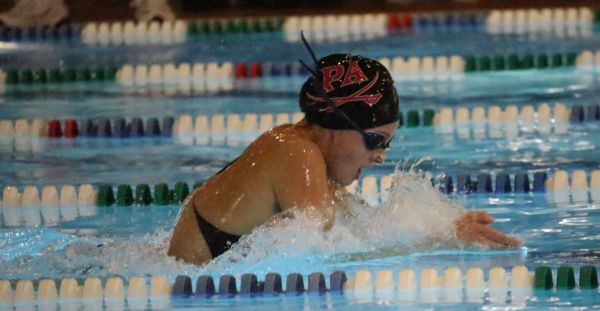 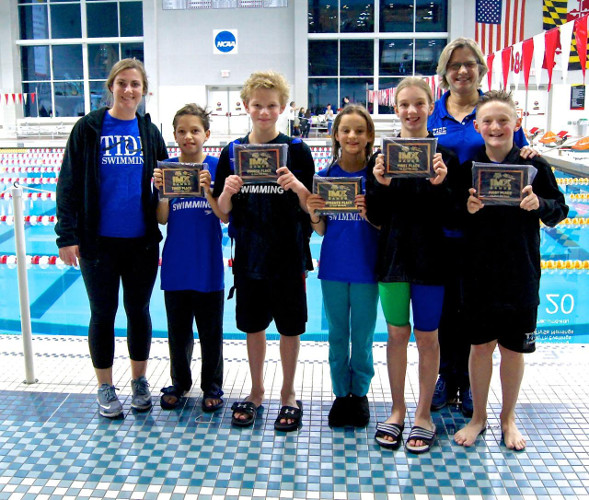 Bobby DiNunzio and Sam Quarles were featured in a story in The Flagship, "Navy Family Boys Set Swimming Records".    (January 14)

Megan Motter and Claire Ostrowski will be attending and swimming for the U.S. Naval Academy this fall. We are so proud of these two senior swimmers! Read the story about them in the Virginian-Pilot's print and online editions.  (January 7)

Age group swimmers Kayleigh Duffy and Samuel Quarles were featured in the Virginian-Pilot after they set new Virginia Swimming records in the 50yd freestyle.    (December 15)

We celebrated the grand opening of our new, 50m Myrtha pool at the Princess Anne Family YMCA. Read the Virginian-Pilot's story here.    (October 26)

The Beacon ran a picture of some of our Age Group Championships swimmers in their "go team!" feature.   (April 23) 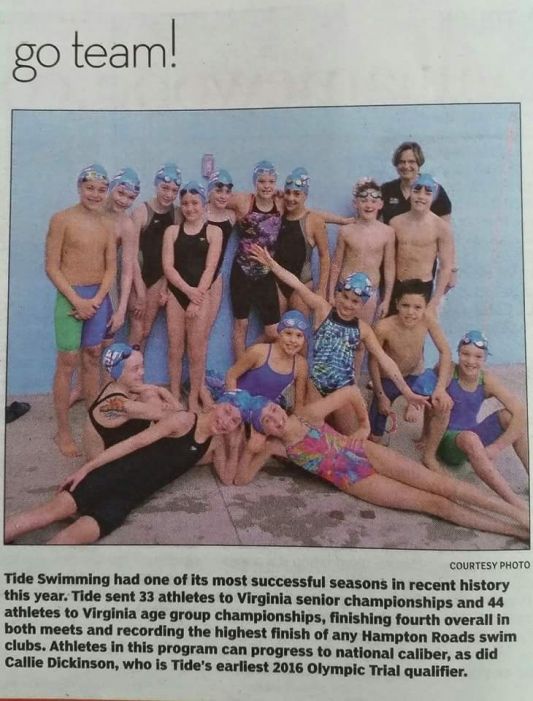 Kayleigh Duffy's achievements at the NASA Showcase Classic were featured in an article in The Virginian-Pilot. Kayleigh won three events, setting meet records in two.      (April 15)

Callie Dickinson was named Hampton Roads Sports Star of the Week by WAVY-TV10 for her Olympic Trials qualifying swim in the 200m back at the Arena Pro Series meet in Austin, Texas.   (March 6)

Swimmer Foster Deneke and his brother, Joseph, were recognized by Ynot Pizza and Italian Cuisine and NewsChannel 3's "Students Taking Action" program for organizing a coat drive to help those in need. Read the story and watch the video here.   (January 30)

WAVY-TV10 aired a segment profiling Callie Dickinson and her swimming journey, including the swim that qualified her for 2016 Olympic Trials.    (January 29)

Katy Arris-Wilson, TIDE Board President, swim mom, and former University of Texas standout, will be inducted into the UT Women's Athletics Hall of Honor on November 1.    (October 23)

Claire Ostrowski and Samuel Quarles were featured in a story in The Virginian-Pilot's Beacon. Read the story online and see their interview video on YouTube!     (August 25) 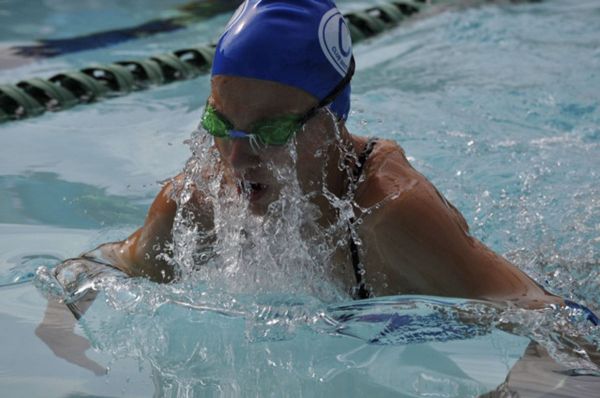 TIDE's Senior Program was featured in a story in The Virginian-Pilot's Beacon.     (August 16)

One of Head Coach Josh Fulton's workouts is featured on swimswam.com.

USA National Junior Team Director and Coaching Icon Jack Roach visited TIDE on June 18 and 19. He spoke to parents and swimmers Tuesday night. If you missed his presentation, you may watch it in two parts on YouTube:

Video of the NAG Record

Senior swimmer, Austin Temple, is profiled in the Varsity section of the Virginian-Pilot    (December 18) 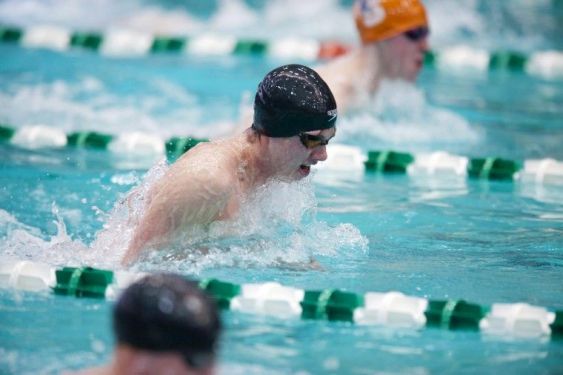